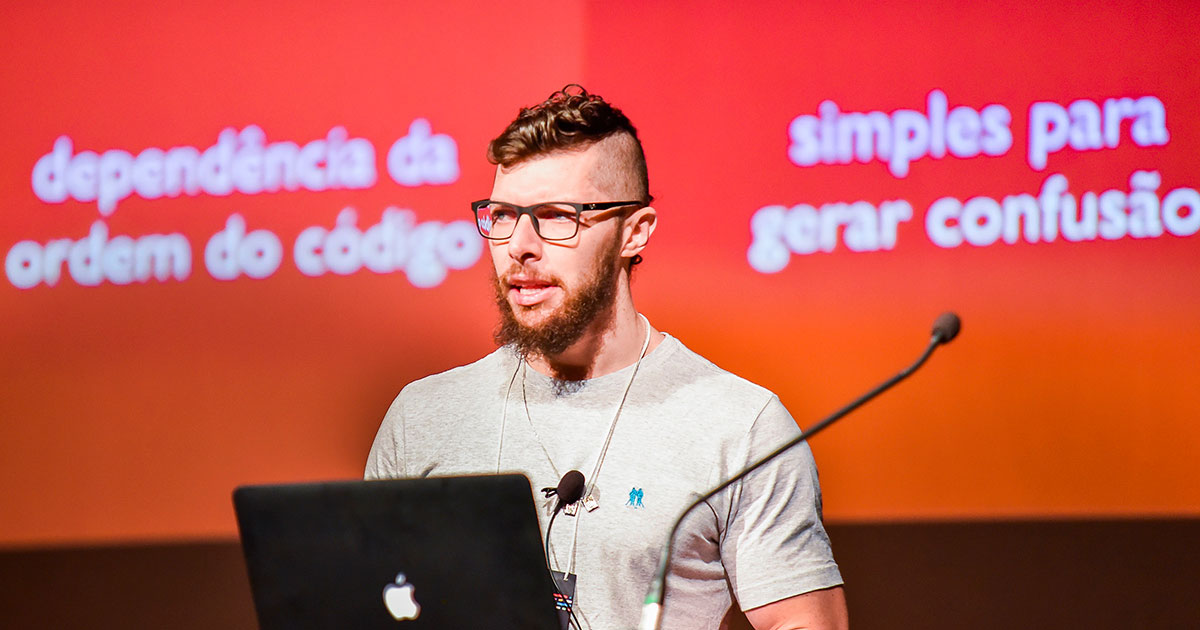 2017 was an awesome year! A lot of nice stuff happened, not only in my personal life but also in my career.

My simple project css-loader was listed in the css-weekly. That was amazing! Something I created in one night, it reached a lot of people it started receiving contributions and improvements ideas (what for me it’s the best part).

Hawaii! If one day you have the opportunity, you should travel to Hawaii. That’s the most beautiful place I have ever gone. There was another special thing about the trip:

This year, I gave a talk about a subject I’ve always wanted to talk about it. I named as CSS tips, but my idea here was to show some simple stuff, that usually we don’t know or never think about it in CSS. These stuff could help us a lot. I still pretend update the talk with some new content and I want trying to show in other conferences/meetups.

The talk was in FrontinSampa: this year they were bigger than ever, and the biggest conference I’ve already spoken was the same FrontinSampa some years ago. So, you could imagine how nervous I was. I think what helped me was the really strong light at the stage that didn’t let me see all the people.

If you know me, you know how much I value to have a healthy life (or at least try). For me, it’s the key point of having a better life quality; and Red Ventures gave me this space. I think when you have life quality, everything it goes better: your relationship, your health and why not, your job. And I think that’s what happened.

This year I received an RV award called Culture Carrier; according to RV: Culture Carriers are our ultimate team players, our greatest role models, our biggest community champions. In short, they make Red Ventures a great place to work.

Thanks, Red Ventures! You rock!

And.. I think that’s it. A lot of other nice stuff happened this year but if I talked about all of them, this post would be bigger than it already is.

This for me changes everything. You can start complaining about everything that goes wrong or you could try to see the positive side of it and start facing the life in another way.